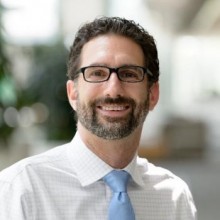 Lee Zachos is Chief of Staff at Argonne National Laboratory. He serves as an advisor to Laboratory Director Paul Kearns to drive forward the laboratory’s vision and stakeholder relationships.

Prior to becoming Chief of Staff, Zachos served as operations manager for the Argonne Collaborative Center for Energy Storage Science, where he worked closely with battery scientists to translate their cutting-edge research into new sustainable energy technologies for applications ranging from electric vehicles to grid storage and consumer electronics. He was also responsible for coordinating efforts to expand Argonne’s strategic partnerships with the public and private sector to maximize the impact of the laboratory’s federally funded research.

Zachos is a Public Policy Master’s candidate at the University of Chicago and holds a Master’s of Science Degree in International Relations from Seton Hall University.