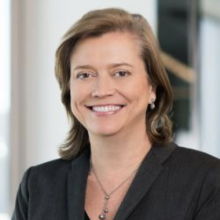 Angela B. Styles is a Partner at Akin Gump. Angela Styles previously was a Partner at Bracewell LLP and prior to joining that firm she was chair of Crowell & Moring and co-chair of the firm's Government Contracts Group. Angela also served in the federal government as Administrator for Federal Procurement Policy within the Office of Management and Budget at the White House. Angela also served in the General Services Administration Public Buildings Service in a Senior Executive Service appointment. In these positions, she was responsible for the policies and regulations governing all purchases by the federal government. Angela led presidential initiatives on federal contracting and worked on a wide variety of legal, legislative and policy issues associated with contractor ethics, federal contracts compliance, homeland security, terrorism related indemnification, and labor management relations. Angela also chaired the Federal Acquisition Regulatory Council, the Federal Acquisition Council, and the Cost Accounting Standards Board.