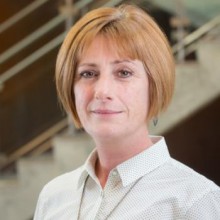 Dr. Amanda K. Petford-Long is the Chair of the Chief Research Officer Council (CROC) at Argonne National Laboratory. In this role, she serves as Argonne’s representative on the National Lab Chief Research Officer group, and also leads the CROC council, whose roles include advising Argonne leadership on scientific and programmatic opportunities and issues, promoting a lab-wide view of Argonne with a strong focus on increasing synergies across the laboratory, and developing initiatives that promote Argonne’s core values.

An Argonne Distinguished Fellow in the Materials Science Division, she leads her own research program, and she previously headed the strategic initiative on Integrated Imaging at Argonne. From January 2010 to February 2014, she was director of the Center for Nanoscale Materials, a U.S. Department of Energy national user facility at Argonne, focused on capabilities tailored to the creation and characterization of new functional materials on the nanoscale.

Dr. Petford-Long’s research interests include the dependence of magnetic, transport, and optical properties of layered ferroic films and nanostructures on microstructure and composition. She has been particularly involved in exploring  the physical properties of the nanomaterials, such as magnetic domain behavior  and transport behavior, using in situ transmission electron microscopy techniques including Lorentz microscopy.

She has published over 300 papers in the scientific literature. She is a Fellow  of the Royal Academy of Engineering, of the American Physical Society, and  of the Royal Microscopical Society. She is also a full professor in the Materials Science and Engineering Department at Northwestern University, where she is active in graduate teaching.