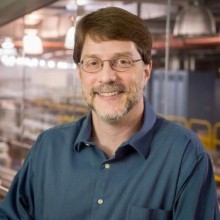 The APS is the brightest source of high-energy X-rays in the Western Hemisphere and is used to study the structures of materials and processes at the atomic scale. It is also the largest scientific user facility in the North America, with more than 3,500 users visiting each year.

He has also served as interim director of Argonne’s Center for Nanoscale Materials, a national user facility that provides capabilities explicitly tailored to the creation and characterization of new functional materials on the nanoscale. The center’s portfolio includes research on electronic and magnetic materials and devices, nanobio interfaces, nanofabrication, nanophotonics, theory and modeling, and X-ray microscopy.

Overarching themes in his research program include the development of novel concepts for integration of oxide heterostructures, establishing a fundamental understanding of polar interfaces, and exploring how these interfaces may be manipulated to influence electronic and chemical function.

His active research projects focus on utilizing in-situ synchrotron X-ray methods to probe chemical vapor deposition of complex oxides as well as phase transformations and nanoscale size effects in ferroic thin films. He is also currently involved in in-situ synchrotron X-ray studies of the synthesis of InGaN heterostructures as part of an effort to expand the basic understanding of materials for energy-efficient solid state lighting. He has authored or co-authored more than 150 scientific publications and holds one patent.

Dr. Streiffer is an active member of the Materials Research Society and Institute of Electrical and Electronics Engineers, and a Fellow of the American Physical Society. Dr. Streiffer was awarded The IEEE UFFC Ferroelectrics Young Investigator Award in 2006, a sabbatical fellowship by the École Polytechnique Fédérale de Lausanne, Switzerland in 2005, received an Alexander von Humboldt-Stiftung Postdoctoral Fellowship in 1993, and was awarded an Electron Microscopy Society of America Presidential Award in 1991.