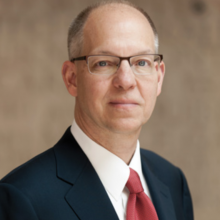 Dr. Ray O. Johnson was recently appointed to the international advisory board of New York-based nuclear reactor system developer Terrestrial Energy. Johnson previously served for nine years as Senior Vice President of Corporate Engineering, Technology and Operations, and Chief Technology Officer of Lockheed Martin Corporation. As an officer of the corporation and a member of the executive leadership team, he guided the corporation's technology vision and provides corporate leadership in the strategic areas of technology, engineering, production and supply chain operations, and program management, which include more than 72,000 people working on more than 4,000 programs that provide some of the nation's most vital security systems.

Johnson also led the corporation's Advanced Technology Laboratory and the Center for Innovation, a world-class laboratory for collaborative experimentation and analysis involving Lockheed Martin, its customers and industry partners.

Prior to his role at Lockheed Martin, Johnson spent ten years in senior executive roles with Modern Technology Solutions Inc. and Science Applications International Corp – both large defense contracting companies. Johnson has been invited to speak at the World Economic Forum from 2009 to 2014, and he has provided expert testimony to the United States Congress. He is a much sought-after speaker on business, strategy and innovation.

Johnson served as an officer in United States Air Force for 12 years. He received his PhD in Electrical Engineering from the Air Force Institute of Technology.