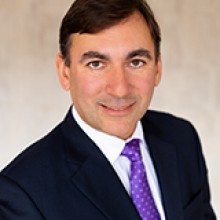 Milan Mrksich is a scientist, entrepreneur, and administrator who was named Northwestern’s Interim Vice President for Research on October 1, 2019, and assumed the permanent role on May 14, 2020.  A nationally known multidisciplinary investigator, Mrksich is the Henry Wade Rogers Professor with appointments in the Departments of Biomedical Engineering, Chemistry, and Cell and Developmental Biology. He also was Founding Director of Northwestern’s Center for Synthetic Biology and an Associate Director of the Robert H. Lurie Comprehensive Cancer Center, where his focus included strengthening state-of-the-art instrumentation and techniques.

Dr. Mrksich is an award-winning leader in the science and engineering of developing surface chemistries for life science applications. His laboratory has pioneered several technologies, including: strategies to integrate living cells with microelectronic devices; methods to enable high throughput assays for drug discovery; and approaches to making synthetic proteins for therapeutic use. Most notably, he developed the SAMDI biochip technology. SAMDI vastly increases the pace of experiments by allowing enzymes to be tested at a rate of a hundred thousand per day, a breakthrough that has become the leading ‘label-free’ technology in drug discovery and has addressed a pressing need in early stage drug development. His research has been described in approximately 200 publications and 500 invited talks.

In addition, Dr. Mrksich has served as an active adviser to government and industry. His present and past appointments include the Microsystems Exploratory Council, the Chair of the Defense Sciences Research Council — both advisory groups to the US Department of Defense — a member of the Board of Governors for Argonne National Laboratory, and Director of the Searle Scholars Program. He also has been active as an entrepreneur. He is Founder and Director of SAMDI Tech, an Illinois-based contract research organization that has commercialized his high throughput assays for discovering drug leads and that now serves global pharmaceutical companies. He is a Founder of Lyra Therapeutics, a company that has developed stents for the treatment of small vessels in ear, nose and throat diseases. He also has served on a dozen Scientific Advisory Boards of other life sciences start-up companies.

As Vice President for Research, Dr. Mrksich and his senior staff direct a research infrastructure with nearly $800 million in annual sponsored funding. He oversees an integrated portfolio of expert services and resources delivered by 18 units. This administrative support includes a host of compliance-related expertise as well as management of animal care, laboratory safety, research IT, core facilities, and more than 40 University Research Institutes and Centers. Mrksich also leads the development and implementation of University-wide strategic plans that support high-impact research efforts.

Dr. Mrksich earned a bachelor’s degree in chemistry from the University of Illinois and a doctorate in chemistry from Caltech. He then served as an American Cancer Society Postdoctoral Fellow at Harvard University before joining the faculty at the University of Chicago in 1996, where he remained until joining Northwestern in 2011. His many honors include the Camille Dreyfus Teacher-Scholar Award, the TR100 Innovator Award, Arthur C. Cope Scholar Award, Pittsburgh Analytical Chemistry Award, election to the American Institute for Medical and Biological Engineering, and the Illinois Bio ICON Innovator Awardee.