Vice President for Economic Development and Innovation, University of Illinois 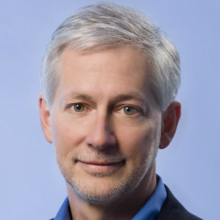 Edward Seidel serves as the Vice President for Economic Development and Innovation, University of Illinois. He is a distinguished researcher in high-performance computing and relativity and astrophysics with an outstanding track record as an administrator. In addition to leading as a Director of NCSA, he is also a Founder Professor in the University of Illinois Department of Physics and a professor in the Department of Astronomy.

His previous leadership roles include serving as the senior vice president for research and innovation at the Skolkovo Institute of Science and Technology in Moscow, directing the Office of Cyberinfrastructure and serving as assistant director for Mathematical and Physical Sciences at the U.S. National Science Foundation, and leading the Center for Computation & Technology at Louisiana State University. He also led the numerical relativity group at the Max Planck Institute for Gravitational Physics (Albert Einstein Institute) in Germany, and before that he was a senior research scientist leading the numerical relativity group at NCSA.

Seidel is a fellow of the American Physical Society and of the American Association for the Advancement of Science, as well as a member of the Institute of Electrical and Electronics Engineers and the Society for Industrial and Applied Mathematics. His research has been recognized by a number of awards, including the 2006 IEEE Sidney Fernbach Award, the 2001 Gordon Bell Prize, and 1998 Heinz-Billing-Award. He earned a bachelor’s degree in mathematics and physics from the College of William and Mary, a master’s degree in physics at the University of Pennsylvania in 1983, and a doctorate in relativistic astrophysics at Yale University in 1988.