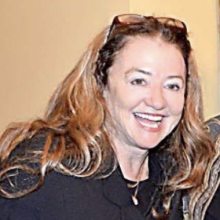 Gault has spent almost 20 years in a wide range of public policy and management positions in both the legislative and executive branches of the federal government.

She began her government career as a legislative assistant for Senator Richard S. Schweiker of Pennsylvania and worked for him from 1977 to 1980 on the Senate Appropriations and Labor Committees. She then served as the Staff Director of the Senate Education, Arts and Humanities subcommittee from 1981 to 1987, with Senator Robert Stafford of Vermont as Chairman.

In October 1987, Gault left the Senate to help revive the Presidential Commission on the HIV Epidemic, established 3 months earlier by President Ronald Reagan, with a charter to operate only for one year. The commission's new Chairman, Admiral James D. Watkins, and Gault, the new Executive Director, were asked to finish the commission's work. In 8 months, the commission held 45 full days of public hearings and site visits, produced 3 reports, containing 600 policy recommendations and concluded its business, on time, in June of 1988.

Gault then served President Reagan as Executive Director of the Presidential Commission on Executive, Legislative and Judicial Salaries, chaired by Lloyd N. Cutler.

From 1989 to 1993, Gault served as Chief of Staff at the Department of Energy working for the Secretary, Admiral Watkins. She was responsible for oversight of the DOE complex which includes 60 major facilities in 27 states and approximately 150,000 employees. Gault was also involved in policy development at DOE ranging from the National Energy Strategy to Nuclear Weapons proliferation issues.

Before and since her government services, Gault worked for a number of businesses and non-profit organizations as a managerial and policy specialist.